More power in upgraded series of wheeled excavators from Hydrema

The new Hydrema MX wheeled excavators have more powerful engines with 15 percent increased torque and a wide range of upgrades.

While manufacturers of construction equipment are busy switching from Stage IV to Stage V engines, to meet the latest emission requirements, the Danish construction equipment manufacturer Hydrema, introduces extensive upgrades to their range of wheeled excavators in the process. The updated MX Series will benefit from more power, increased torque and the new advanced Hydrema Telematics system as standard. 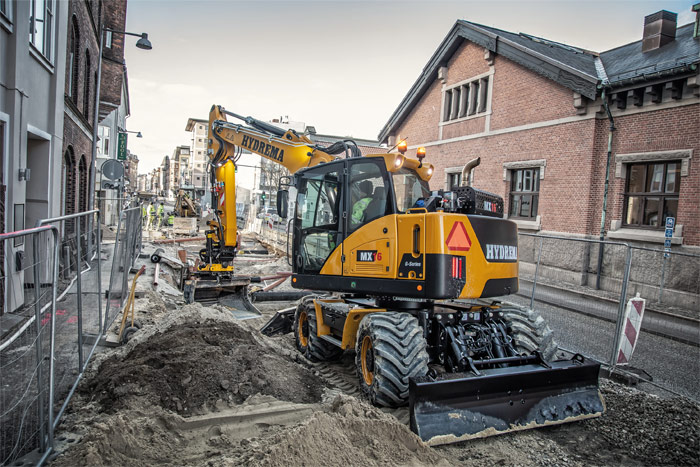 The Hydrema wheeled “city” Excavators are compact, efficient and powerful. With a top speed of 35 km/h they can quickly travel between sites and easily work in areas with reduced space.

High power surplus in new MX G-series
The upgrades apply to the entire series of MX wheeled excavators, consisting of the MX14, 16, 17 and 18, models ranging from 14 to 19 tons, and the two specialized railway excavators, MX16 Rail and MX20 Rail. The machines are all equipped with the latest Cummins Stage V engine with 175 hp, which fully meet the latest emission requirements. The exhaust gas is now treated in one compact unit, consisting of two catalysts and a particulate filter.

The new engine has 780 Nm of maximum torque. That's 15 per cent more than the previous generation.

"This means the excavator has 165 hp available at 1500 rpm, so most work can be carried out with the lowest possible fuel consumption while keeping noise levels low. Wheeled excavators traditionally use many different work tools. Therefore the combination of high engine power and the industry's highest hydraulic output flow of up to 407 l. / min. a real bonus. The large amount of available power, allows Hydrema's wheeled excavators to perform demanding work functions at lower revs. This gives them a special position in the market for compact wheeled excavators," says Hydrema's R&D manager Thorkil K. Iversen. 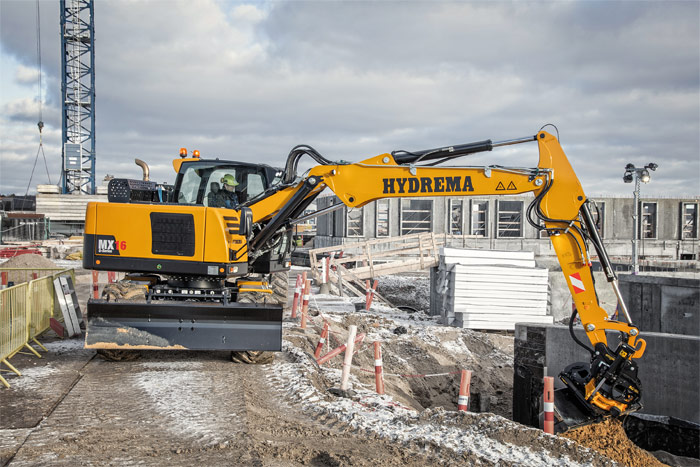 The high engine and hydraulic performance of the Hydrema MX excavators is ideal for handling a wide range of tools and accessories. With an industry topping 175 HP and 400+ litres per minute hydraulic flow they have plenty of extra power to handle demanding jobs even at low revs.

New drive motor and Cruise Control
The MX wheeled excavator series is not least popular as compact city excavators, due to their ability to drive efficiently between workplaces. The transport speed is up to 35 km / h, while the increased engine power and torque come into its own when driving on roads or in hilly terrain.

Hydrema is also introducing an electronically regulated drive motor with an automatic retarder. With a new, updated power regulation and cruise control, it ensures optimal performance and comfort while driving.

Hydrema has re-engineered the slew function for smoother movements of the upper carriage. Angle sensors have been added, and new software continuously adapts the hydraulics and slew braking function for all loads.

"We have refined the slew system to ensure smooth movements on slopes. The ‘Soft-Start'-function is a step-less transition from automatic slew brake to active slew of the upper carriage", says Thorkil K. Iversen. 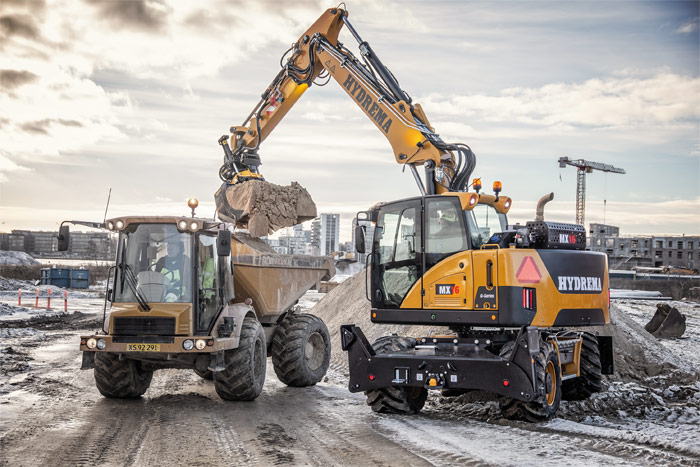 The exterior design of the machine has been updated with a new, fresh combination of our traditional black and yellow colour scheme. The MX G-series can also be configured in customized colours, which are becoming more and more popular.

The updated cabin with improved comfort that Hydrema launched last year is also mounted on the new G-Series.  The cab has, among other things, multi-adjustable armrests and a dual USB connector for charging.

Furthermore, Hydrema has added extended setting options in the dashboard for the integrated tiltrotator system and hydraulics attachments.

The information on, among other things, temperatures, oil pressure, fuel consumption and current fuel level is collected and displayed in the web portal or on the operator's smartphone. The system also collects error codes to ensure that service and repairs can be performed as accurately and efficiently as possible.

“The machine software can also be remotely updated via the GSM network, which saves a physical visit from Hydrema service personnel. These functions and features ensure the machine owner the least possible downtime and most efficient operation. We have very high expectations for this brand new Telematics system,” says Thorkil K. Iversen. 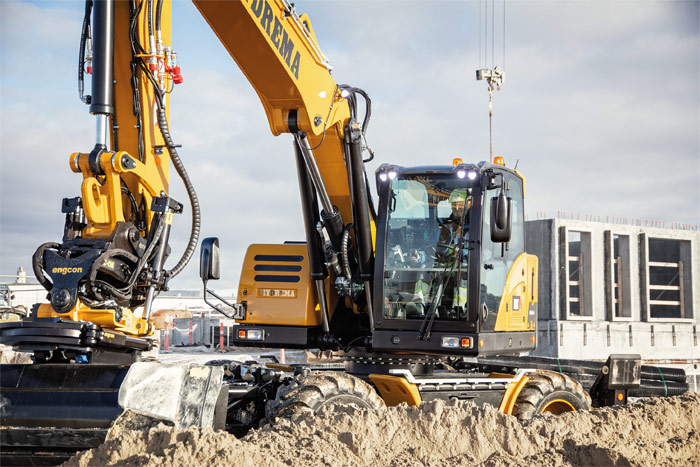 The MX G–Series comes with an updated operator Cab which features four LED working lights in the cab roof with up to 7 extra LED lights to make night time operation safer and more efficient. The cab is also fitted as standard with entry and exit lighting and fully adjustable arm rests.

Extensive selection of equipment
In addition to the comprehensive standard equipment, Hydrema also offers a wide range of optional equipment for the new machines in the G-Series. For instance, seven extra LED work lights and an intelligent automatic lubrication system that adjusts the amount of grease needed to suit the working conditions.

A 360-degree camera can be selected to increase safety around the machine. It provides the operator with a better overview and visibility and is not least an important safety element when working in narrow places and in busy areas, downtowns and other crowded city areas.

“We know that many users hook up a trailer to wheeled excavators. Therefore, we can now mount a two-circuit system for the trailer brake as an option ", says Thorkild K. Iversen.