"We are getting the market for machines, that can do a bit more, to rise again," predicts Hydrema’s CEO Jan Werner Jensen. 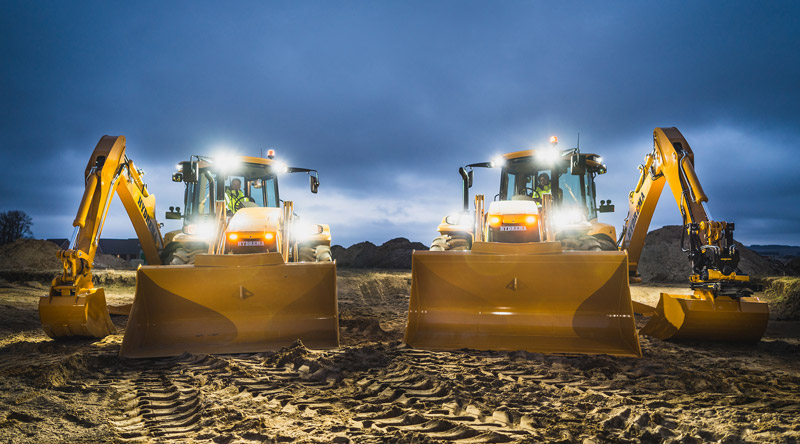 A new generation of Hydrema 906 and 926 ready for duty. A brand new re-designed front chassis ensures better visibility from the operator’s position. Furthermore, the 906 is more compact and comes with 24” wheels as standard.

There are numerous medium-sized excavators and wheel loaders with little utilization on the construction sites. Too many small, specialized machines that can either dig or load. Therefore, we are striving to get the market for machines that can both dig and load, to rise again. We are launching the newly designed generation of Hydrema Backhoe Loaders with great expectations.

Jan Werner Jensen, CEO of Hydrema, Denmark's only manufacturer of large-scale construction machinery, sparkles of optimism. R&D Manager Thorkil K. Iversen and his engineering team has been in charge of the F-generation of Hydrema’s well known 906, 908, 926 and 928 models. Machines that many refer to as backhoe loaders. At the factory in Støvring in North Jutland, Denmark, they accept this term. However, in reality, the machines are more than just backhoe loaders.

"Hydrema’s backhoe loaders are fully-fledged excavators and wheel loaders combined. Hydrema backoe loaders have articulated steering which effective wheel loaders must have. The excavator arm is with true side-shift. This means that with an articulated Hydrema on the construction site, there is a proper 10 ton wheel loader and at the same time a 8-10 ton excavator in one machine", explains R&D Manager Thorkil K. Iversen. 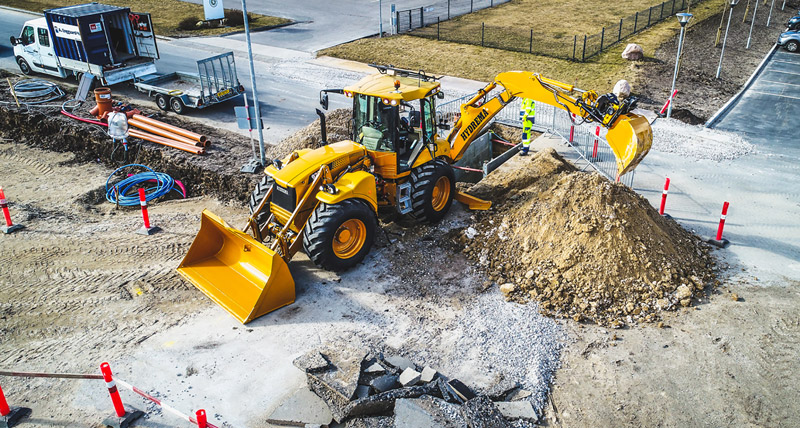 Hydrema aims for the construction sites with the new F-Series Backhoe loaders where one machine easily can handle the same as both a wheel loader and a mini-excavator. Often faster because the backhoe loader moves quickly around the site.

The combination of two proper machines ensures high utilisation on the construction sites. This is just one of the reasons why Hydrema continues to market this type of machine, which has been produced since the company was established in 1959.

"Other machine manufacturers have chosen to focus on other machine segments. The difference between them and Hydrema is that at Hydrema, we produce a combined loader and excavator with the extra possibilities it offers compared to traditional backhoe loaders. Therefore, we continue to focus unchanged and wholehearted on the type of machine that can carry out numerous tasks on the construction sites. Thus, there is no need for additional machines to complete the job, "says CEO Jan Werner Jensen. The flexibility and usability of the backhoe loaders is among the qualities that Hydrema cherish and continuously develop.

"The machines are quick and easily transported to and from the construction sites. During the work on-site, they move around quickly and are able to handle many different tasks. It can be difficult for an excavator or a wheel loader to transport themselves and materials quickly around the site. It is easier with a Hydrema backhoe loader, "points out Thorkil K. Iversen.

The Cummins-engines fitted in the new Hydrema F-Series have been updated to Stage 4, therefore we reach an even lower emission rate. At the same time, the smaller models 906F and 908F has an increased engine power of 12 HP so they now reach 122 HP. The larger models 926F and 928F have a changed power bulge, which ensures more power and better torque at reduced engine revolutions.

The engineers have not only updated the engine compartment. The new F-series machines have a fully redesigned front-chassis which optimizes the operator’s visibility from the cab. This provides a better view at the front shovel and down the side of the engine bonnet when mounting attachments. 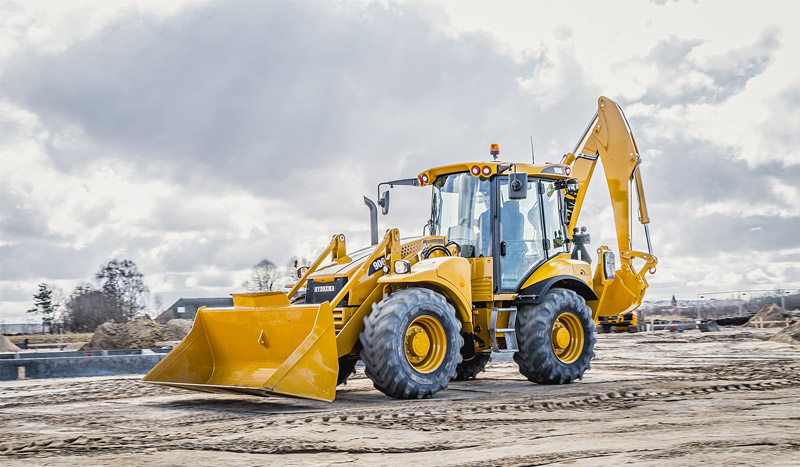 More compact and powerful. Hydrema 906F has increased horsepower along with a new design that makes the machines even more side useful on the construction sites.

"The whole front part has been redesigned, and we've separated the series more and hereby made the 906F more compact than 926F. Neither comfort nor noise level is better in any other backhoe loaders, where Hydrema even offers suspended cab", says R&D Manager Thorkil K. Iversen.

With the F-series, the backhoe loaders have gotten the same electronic architecture and dashboard as Hydrema’s F-Series dump trucks. It offers a number of new features and at the same time allows for individual customization of the machines’ hydraulic functions. In spite of the many new features, it is still uncomplicated to drive a backhoe loader, promises Thorkil K. Iversen.

"It's a tall story that operating a backhoe loader requires a specifically skilled operator. If you can turn around the driver's seat, you can also drive a backhoe loader. In addition, our seats are electrical", says the R&D Manager. 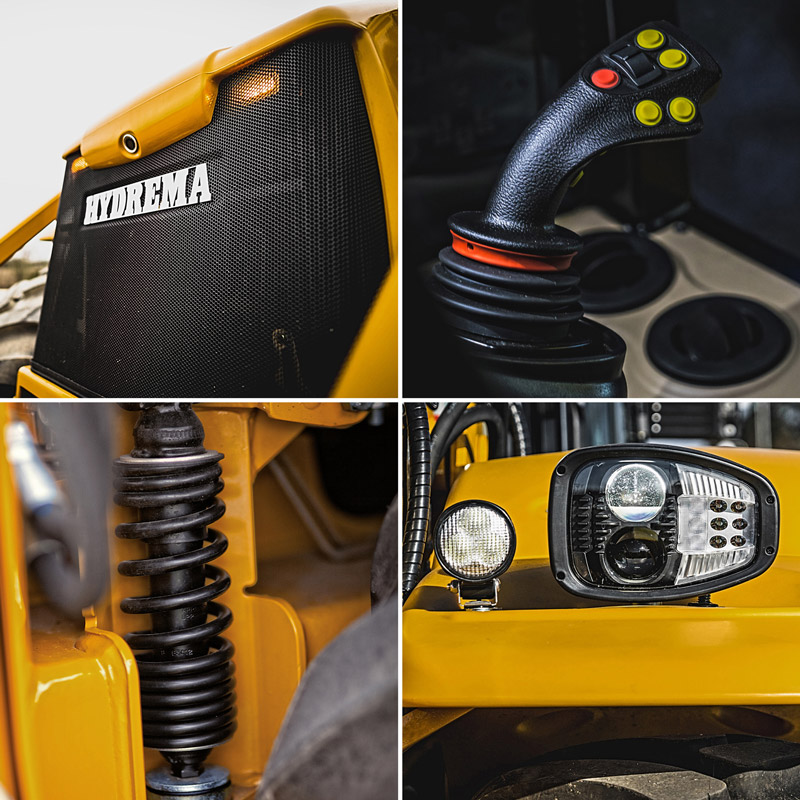 The Hydrema engineers has put a lot of effort into designing the new F-series. Many details has followed the new Stage 4 Cummins engine and the re-designed front-chassis.

Hydrema gives the new F-series a very comprehensive international introduction at some of the major exhibitions.