Hydrema has an updated version of its 20-ton 922 articulated dump truck. Fitted with the latest Stage 5 engine from Cummins the new G series will now be available in two versions, the 922G and the new 920G.

"The new 920G can achieve a 15% reduction in ground pressure over the 922G giving it the lowest ground pressure for this type of dump truck on the market. With the launch of the 920G we are targeting specialist contractors who need to operate on very soft terrain but still need the speed and efficiency of a wheeled machine. The 920 is the same basic machine as the 922 but comes with wider 920mm wheels and a slight reduction in payload" 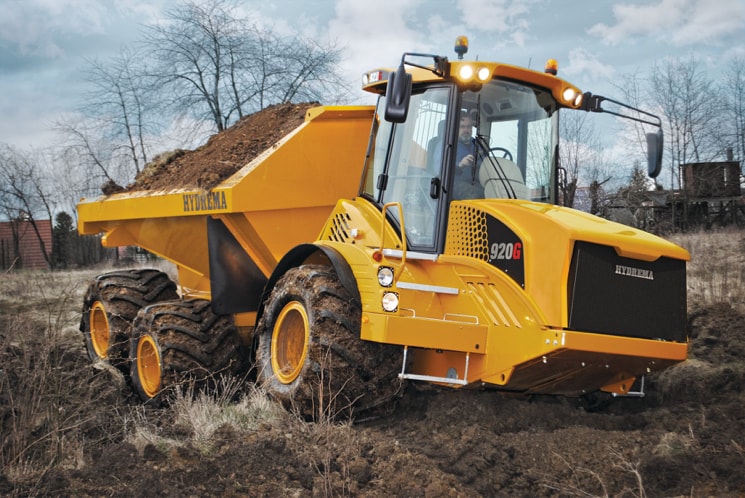 Under the new engine cover, the Cummins Stage 5 engine is simpler than the stage 4 version. The exhaust gas recirculation is no longer present on the engine as all exhaust gas treatment is now carried out after the engine in a one-canister solution, which includes a DOC catalyst, SCR catalyst with AdBlue additive and diesel particulate filter.

The Cummins engine delivers an increased power output of 314 HP (previously 296HP) – (up from218kw to 231kw). The torque is increased by as much as 23%, giving the machines even greater tractive power. 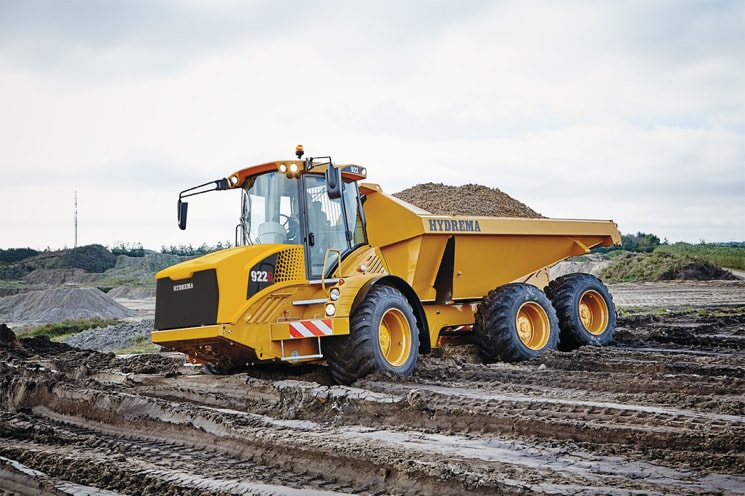 Both machines are fitted with a newly developed retarder system combining an engine brake and hydraulic retarder. This can achieve over 300 kW of retardation power which will relieve the service brake significantly on inclines. Hydrema has also introduced a “brake-care” system that triggers an alarm on the dashboard in the event of brake overload.

The G series come with several additional features to aid the operator. Using electrically controlled tipping hydraulics the dump trucks now have as standard smooth tip & lowering of the body with a soft start function along with auto tip & return. Hereby the body is automatically raised and lowered by a simple push of the joystick. 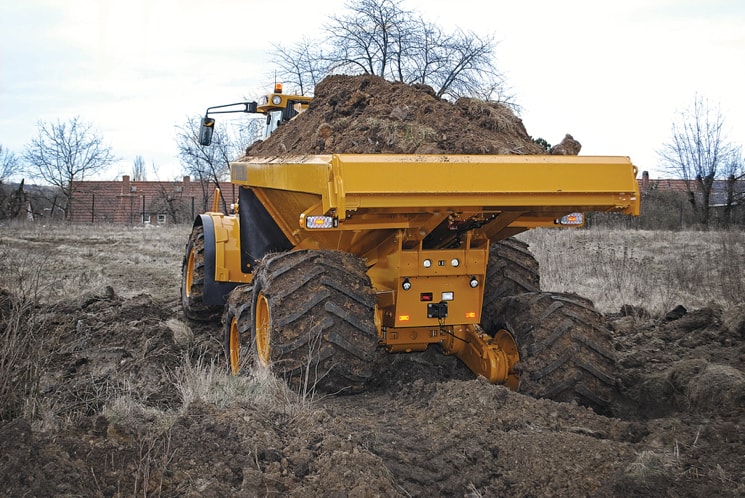 Hydrema has developed a new system to measure the dump truck’s payload. The payload measuring system is standard on all models.

The operator has the option for hands-free phone operation and comfort has been further improved with a ventilated seat with longitudinal attenuation. Hydrema engineers have also changed the layout of the dashboard so that the operator gets considerably more information, including, hoist assistance, where an inclination sensor in the dashboard shows the machine’s gradient both sideways and longitudinal. Should the inclination be too severe a warning will appear letting the operator know if it is unsafe to tip.