All of Hydrema’s Danish service centers will be involved in providing service as well as supply spare parts and accessories for both construction machinery and tractors.

HYDREMA - Denmark's only manufacturer of large construction machinery - will deliver both service, spare parts and accessories for the Danish Armed Forces construction machinery and tractors during the coming four years. Hydrema has won the public tender for the provision of services, thus fostering increased activity in Hydrema’s four service centers around the country.

In addition to dump trucks, wheeled excavators, backhoe loaders and rail equipment, Hydrema also produces rugged mine clearing vehicles for both humanitarian and military use. The company has also carried out several tasks for the Armed Forces, including service and upgrades of the CV9035 armored combat vehicles, where Hydrema has built the gun turret.

"At the end of 2017, Hydrema won a big order on the final assembly of Piranha 5 armored personnel carriers for the Danish Armed Forces. The new, very comprehensive agreement on service, spare parts and accessories for the Armed Forces’ tractors and construction machinery is the result of great work in our civilian department, "says Hydrema’s country manager for Scandinavia, Morten Lemvig.

So far, the Armed Forces have carried out the ongoing servicing of the construction machinery and tractors at their own workshops as well as requesting service from different suppliers. Now, the service will be carried out at the Hydrema Service centers. Center North in Støvring, south of Aalborg. Center South in Kolding. Center East in Ringsted. And finally Center Bornholm in Aakirkeby.
"The agreement with the Armed Forces has naturally been a great pleasure in the entire Hydrema organization. We see it as a confirmation that we are a company that  as a trusted partner - can handle complex tasks. We have the organization in place for the task through our four Danish Service Centers, "says Morten Lemvig. 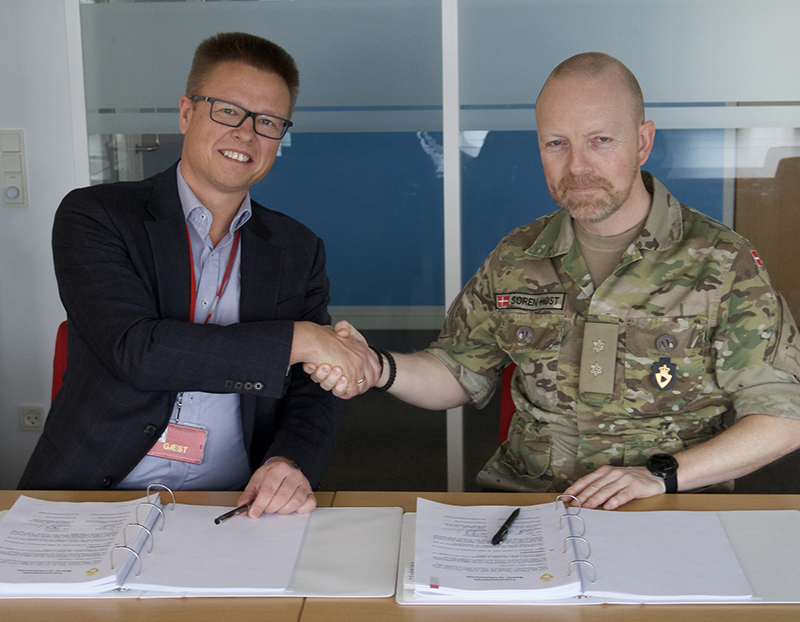