The third generation of the German family company - Tegelkamp in Warendorf breaks with tradition and opts for the technically dominant city excavator from Hydrema.

Lars Tegelkamp, who together with his brother Tobias represents the third generation of the family business, has after thorough considerations and countless tests along with his brother and with their father's acceptance, chosen the powerful excavator from the Danish-German manufacturer over other similar machines.

"In Oelde, we have a construction site with extremely limited workspace and 1000 mm pipe-sections. The Hydrema was here the only excavator that could move the individual pipe sections, each weighing 7-tons without any problems. The competitors' machines were either too large or too space-consuming, which made us realize that we did not have to compromise on our decision on a Hydrema, as they are compact and very powerful machines" Lars Tegelkamp sums up appropriately.

When the machine was handed over, Oliver Pape, Lars Tegelkamp and Martin Werthenbach were delighted.

The decision, however, was not easy, as the company, founded by grandfather Bernhard Tegelkamp, on January 1, 1954, in Warendorf, Munsterland, had always used and preferred another North German brand. But since nothing lasts forever, and performance and efficiency are more important than old habits for the third generation, led by Lars and Tobias, it was time for a change and for Hydrema's machines to break with the old and historical traditions of machine selection. "The first considerations, therefore, began at BAUMA in 2019," says Edgar Tegelkamp, who took over the company in 1987 from his father.

"In Munich, my sons and I first looked at the different types of machines and then discussed the various demonstrations with the individual manufacturer representatives in the following months. Since my sons have joined as shareholders on January 1, 2020, they naturally have a decisive say. The Hydrema was an interesting machine for us right from the start, because its compactness and power are unmatched by any other manufacturer. When we also found out that the service through the partnership with CNHi S&S GmbH, the CASE branch in UNNA, is guaranteed in our area, the majority opinion of the shareholders was unequivocally in favour of the powerful MX18 from Hydrema."

Tegelkamp started as a wholesale company for building materials, after which it gradually expanded its business area also to include coal trading as well as, earthworks and construction work. In 1983, road construction and paving followed. As the company has a gravel pit, it is self-sufficient in filling materials and can also in addition deposit uncontaminated soil by themselves. 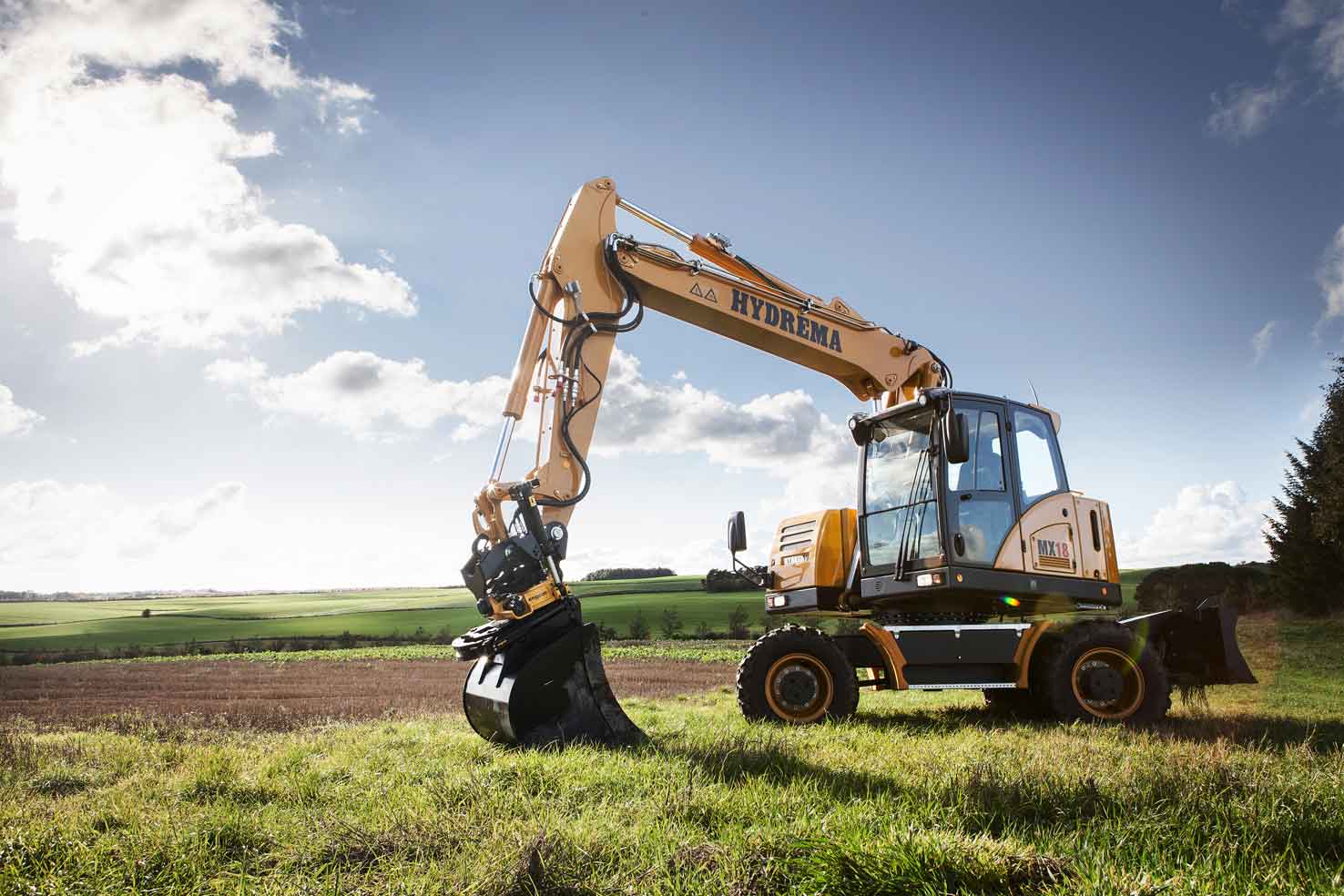 "As construction sites are becoming more and more compact, while the components are getting heavier, the demands on the machine technology have changed", says Lars Tegelkamp and looks confidently into the future with the purchase decision.

Hydrema's regional sales manager, Oliver Pape, knew the company from before and therefore had a good insight into the challenge that awaited him. "I was aware that we had to break a long-standing tradition in this company. But our machines make it relatively easy for me to arouse customers' interest and ultimately convince them, as Hydrema's many unique selling points are worth a lot of money to our customers. You invest in the future and get a good portion of the return on investment through the effort."

Also the sales manager in Germany - Martin Werthenbach is happy to have won over a company like Tegelkamp, which is now the first to use an MX18 City wheeled excavator in the Münsterland region. "I come from the neighboring region Hamm and also know the Tegelkamp company from my early days, where I enjoyed my education at a dealer in the region, from whom they were supplied with wheel loaders and excavators.

It was more than 35 years ago, so I am aware of the responsibility we have taken on, as our excavator will be compared to this long history. But the properties of our machine, which the entrepreneurs here have opened their eyes to and hopefully many others after, will also mean that more Hydremas will be present in my home region in the future," says Werthenbach proudly.

"I keep hearing the most unbelievable stories from our customers nationwide, like that of the entrepreneur from Mecklenburg - Western Pomerania, who proudly tells me that he has been making money since he has the MX18 because he no longer needs a crane. 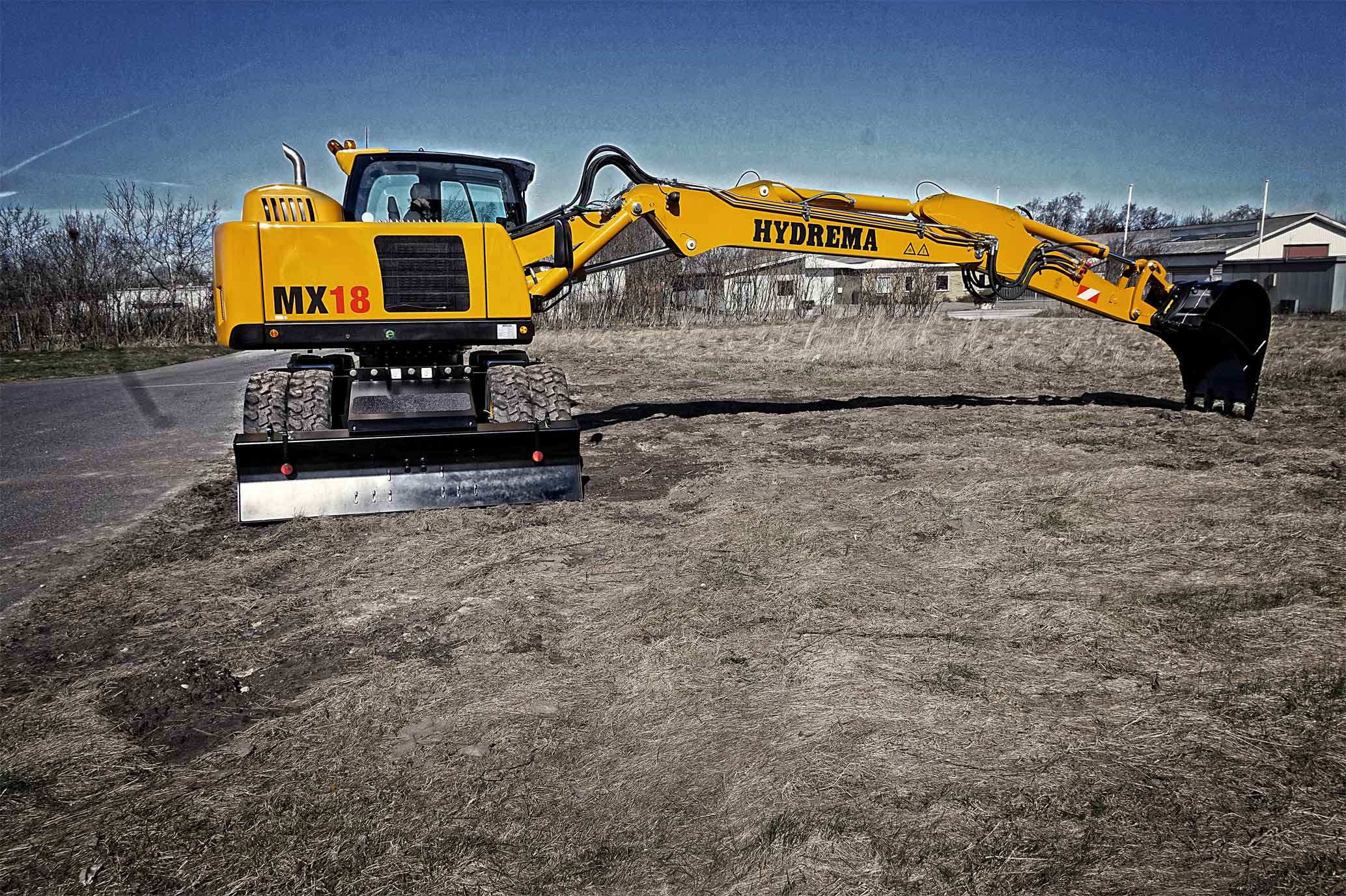 Or dealers who tell me that they proudly receive messages from their customers, that with their Hydrema, they have easily lifted a heavy component with the excavator that other machines failed with in the past. Or contractors who build and establish dams and dikes, that tells me that this work can only be done with a Hydrema due to the excavator arm design, and I could go on, as there are lots of positive stories and feedback. "

But the Hydrema salespeople also know that, in the end, the service has to be right. "We have entered into a sales and service partnership with the CASE branch in Unna, which enables us to benefit from the excellent service provided by Stefan Brinktrine, the service manager there. We continue to sell our machines ourselves and directly in the Ruhr area along with the neighbouring Münsterland region. Still, we work in a sales-friendly manner with the sales department of the CASE branch", explains the Hydrema sales manager. "The Tegelkamp company benefits from this partnership through the service."

"By the way, it is already possible to rent Hydrema machines from the CASE branch adds Oliver Pape, who is also happy to see the first machine working in Münsterland. "Hydrema's machines are first-class products, and I am quite sure that the machine operators at Tegelkamp will be happy with their new Hydrema machine and gladly to shows it on the construction site.